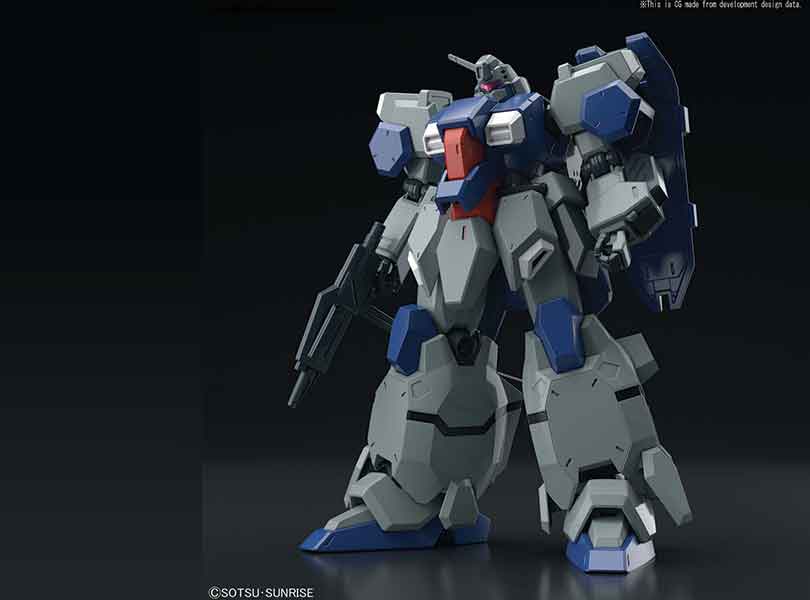 The mass-produced versatile MS from "Gundam Unicorn" will be available as a plastic model kit for the first time!! It features a beam rifle, shield, beam sabers, and an arm mounted rocket launcher.

It features a beam rifle, shield, beam sabers, and an arm mounted rocket launcher. Careful engineering has been put into the proportions, range of articulation, and color recreation of the MS, which has been long awaited by Unicorn fans. Sliding knee gimmicks have been incorporated to allow a larger degree of movement relative to its bulky proportion. Runner x10, sticker, instruction manual.

The FD-03 Gustav Karl is a mass-produced general-purpose mobile suit, that is based on the RGM-89 Jegan. It was featured in the 3 volume novel series Mobile Suit Gundam: Hathaway's Flash.

The FD-03 Gustav Karl is an Earth Federation Forces mobile suit put into service 3 years after the Second Neo Zeon War. It was used to defend the Federation's Cheyenne base during the Laplace conflict. During Bright Noa's investigation of the base the Tri-Stars team disarmed a Gustav Karl by covering its main camera and cutting off its forearm with a beam saber in a surprise attack.