Transformers are a franchise favorite amongst us nerds in the office, and even more so with the older crowd. Going back to 1984, both Hasbro's toyline and the animated series bring back fond memories of our childhood. We discussed everything from playing with Auotbots and Decepticons during sleepovers, to Transformers themed birthday parties. I'll never forget witnessing a bunch of six year olds start to cry when Optimus Prime (spolier alert) was killed in action in Transformers: The Movie. It's kind of funny how attached we were to Optimus, and in that moment, Megatron and his minons pretty much ruined the birthday party. So to recognize Megatron for his tomfoolery, we thought it would be fun to rank our top 10 Generation One Decepticons.

Astrotrain is one of favorite triple changing Decepticons. This blue collar baddie spends most of his time transporting friends, foes and prisoners via space shuttle or commuter train. Yes sir, this power-hungry locomotive is always on the move and looking for ways to reign supreme. Regardless of failing miserably at every turn, we appreciate his tenacity and eagerness to keep trying. At the end of the day, Astrotrain gets everyone home safely, and it’s hard not to like the guy for it. However, he’ll be the first to point out if he’s hauling dead weight. 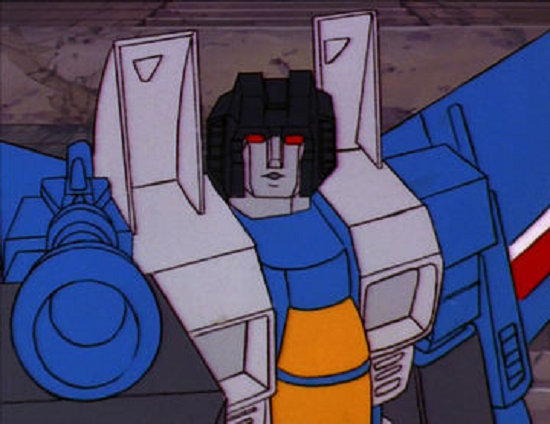 Thundercracker reminds us of what it’s like to be a kid hanging out with the wrong crowd. Sometimes he knows what he’s doing is wrong, but fear of Megatron and fitting in with his fellow jet buddies Starscream and Skywarp complicate things. He’s not a glory chasing baddie like his cohorts, but that doesn’t stop him from causing a ruckus from time to time. Obviously, any Decepticon worth a darn is known to cause a ruckus or two. 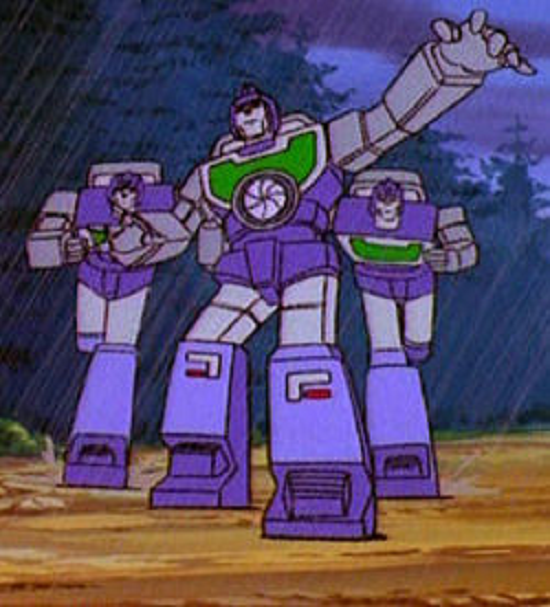 Decepticons Spectro, Spyglass, and Viewfinder come together to form Reflector. These goons are the ultimate people watchers at your local late-night diner. Reflector is the go-to Decepticon for recon missions, all whilst running a side hustle of blackmail. Any of his associates caught on camera doing shady activity or back alley deals for power, run the chance of getting caught by Reflector. 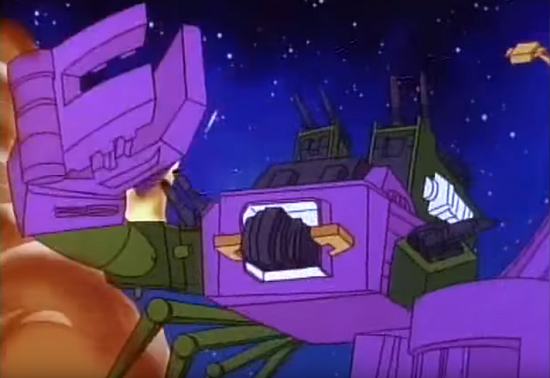 Scorpions are already terrifying, but a giant metal one with large pinchers, multiple cannons and an electro-stinger tail will have you soil your fresh pantaloons. Scorponok can pretty much destroy everything in his path with ease. Anything from a can of Ravioli, to your favorite Autobot, will be ripped into scrap metal fit for your creepy uncle’s junkyard.

Shockwave serves as the cold-hearted Spock of the Decepticons. Logic dictates his decision-making process and doesn’t allow emotion to get the better of him… like let’s say, Megatron. Yep, this calculating cut-throat wouldn’t waste a second saving the lives of his fellow Decepticons if doing so wasn’t the logical choice. 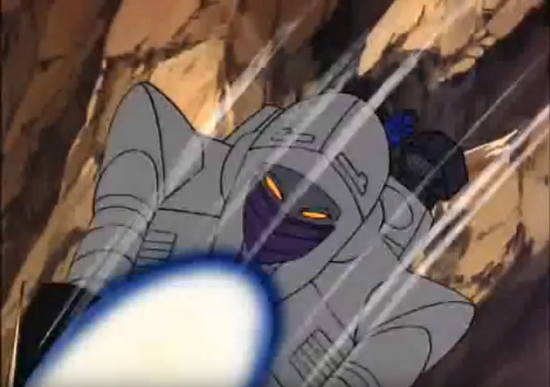 This booty-kicking ninja knows how to slice and dice her way through any obstacle, including Autobots. Nightbird is the product of famed scientist, Doctor Fujiyama, who built her as an active demonstration of the advancement of human technology. Unfortunately, the Decepticons got their hands on Nightbird and reprogramed her to do their bidding. Currently, she’s locked away in cold storage running on low-power mode. It’s possible she’s dreaming of electric sheep and shearing them for the county fair. 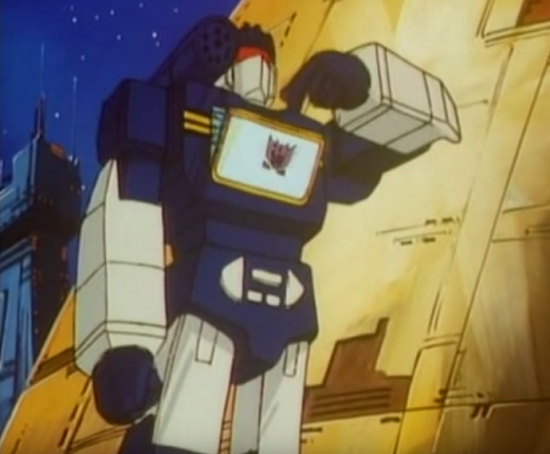 You’re looking at the number one communications officer this side of Cybertron. This guy’s cassette collection would bring down the house at any garage sale. Looking at you, hipster retro dude with a Walkman on your belt. Soundwave is perhaps the most loyal Decepticon of the bunch, and is never far from Megatron’s side. We admire his loyalty and ability to gather intelligence for yet another failed attempt at taking over the world.

The leader of the Decepticons with aspirations of total domination across the universe. Megatron’s militant style leads to destruction and chaos wherever he goes. His cruelty and malice instill fear in his underlings and malcontent from his enemies. He’s the kind of guy that will stop at nothing to get his way. Unless he’s overrun by Autobots, at which point he’ll cry out “retreat!” 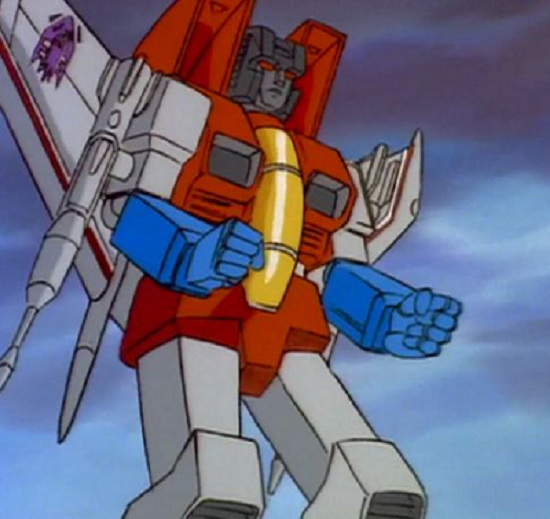 The high-flying jet fighter serves as Megatron’s second in command, and hopes to one day lead supreme over the Decepticons. Starscream is always looking for ways to get ahead of Megatron, but sadly has failed at every attempt. Even in death, Starscream’s “spark” will stop at nothing to overthrow his master. This eager little beaver has real gumption and that gets him the runner up spot. 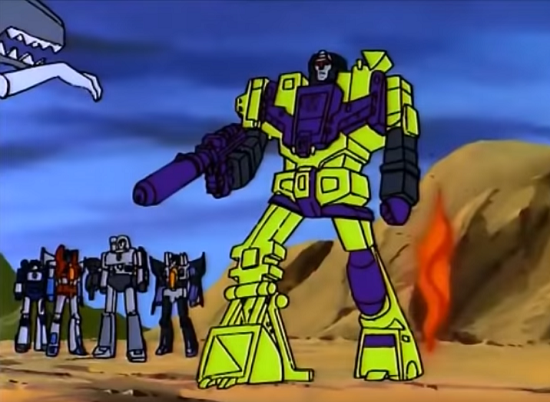 Bask in the glory of the ultimate creation, when all six Contructicons come together to form Devastator!

Devastator was the first of the combiner bots and one of the coolest toys in the entire Gen-1 line. I’m sure every kid on your block was jealous if you had the Constructicons in your collection. In fact, I still remember my jaw dropping when my buddy Patrick came over to my house with his brand new Devastator toy. The Contructicons were a complete game changer for the series and the toys.

Be sure to check out the Transformer Furai Model Kits by Flame Toys. These model kits come with amazing detail and articulation. Beginner builders can whip these things together in just a few hours. Pre-orders are available for Drift and Skywarp with Megatron hitting stores very soon.

Did your favorite Decepticon make the cut? Share your thoughts and let us know where you would rank these diabolical robots in the comments below.