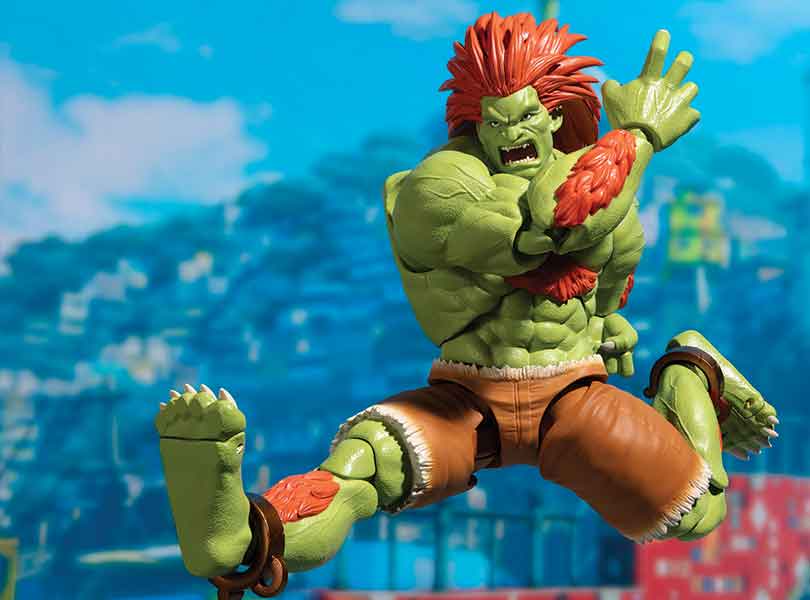 Blanka, the monster from the Street Fighter series, joins S.H.Figurarts with an exquisitely sculpted portrayal that even captures his trademark electric attack! The set includes one optional face, optional hands, electric thunder effects, an effect stand, and a display stand!

Blanka was originally designed as a human character by Akira "Akiman" Yasuda and underwent several re-conceptualizations during the production of Street Fighter II before reaching his final depiction as a feral savage with green skin and long orange hair. Blanka's backstory is that he was once human, but after a plane crash in Brazil he mutated (resulting in his green coloring and his ability to generate electricity). Blanka was generally well received by critics and fans, becoming one of the most popular characters in the franchise.