Iron Spider joins the line-up of the popular RE:EDIT series by Sen-Ti-Nel 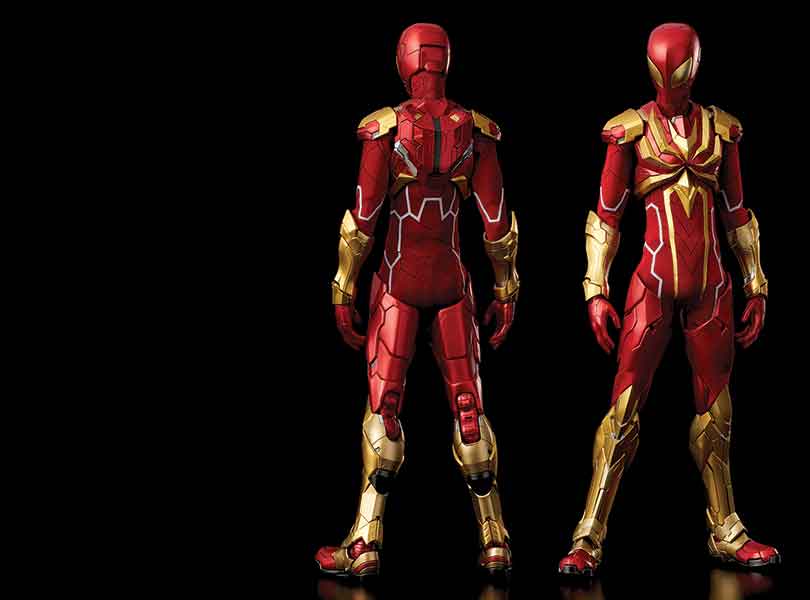 The comic version Iron Spider is a reinforced anti-bullet suit provided by Tony Stark. While being Spider-man, he has a metallic look similar to that of Iron Man and is arranged in the RE:EDIT style just like items of the same series. The three iconic arms are all movable and part of Spider-man's main body is made of die-cast. The body uses sewn parts so excellent articulation is possible!

After Spider-Man was resurrected from a battle to the death against Morlun, his friend and teammate Tony Stark built him a new suit, using Stark Tech, and obviously influenced by the colors of Stark's Iron Man Armor.